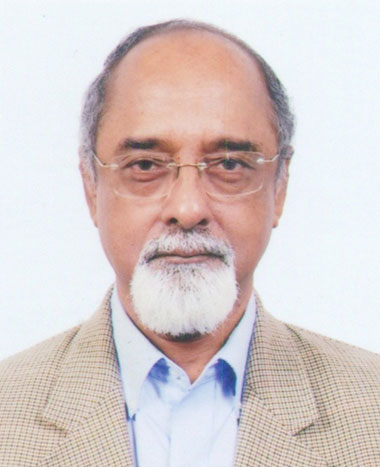 
Mr. M. A. Baqui Khalily joined as a faculty member at the Department of Finance in the University of Dhaka in 1975 after completing his B.Com (Hons) and M.Com in Finance from University of Dhaka. He also obtained his M.Sc. and Ph.D. degrees with major in Finance and Development in 1987 and 1991 respectively from Ohio State University, USA. He became Professor in 1994. After a successful teaching career of 37 years, Professor Khalily retired from University of Dhaka in 2012. Dr. Khalily is a renowned academician of the country, an eminent economist and finance scholar of national and international repute. He has large number of publications especially on rural finance, financial inclusion, and microfinance and SME development in prominent national and international journals. He also authored/co-authored of many books and research monographs. Other than having a prominent teaching career, Professor Khalily also held many important administrative positions like Executive Director of Institute of Microfinance, Acting Vice Chancellor & Pro Vice Chancellor of Presidency University, Chairman of Department of Finance, University of Dhaka, Director of Dhaka Stock Exchange Limited, only to name a few. During his long career, he visited many countries around the globe for professional purposes. Professor Khalily currently teaches at Department of Business Administration, University of Asia Pacific.