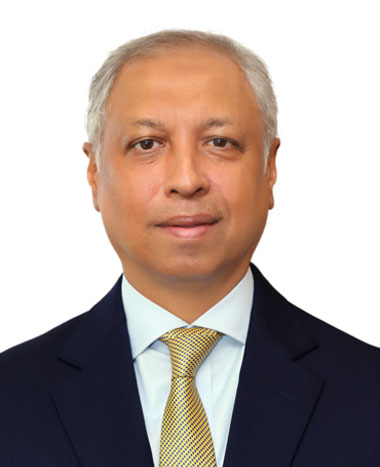 
Mr. Shafiuzzaman has recently been promoted to the post of Additional Managing Director of Bank Asia Limited. Prior to the promotion, he was Deputy Managing Director of the Bank. Mr. Shafiuzzaman is Chief Credit Officer of Bank Asia and overseeing the function of Credit Risk Management and Credit Administration Divisions. He is also entrusted to oversee the Sustainable Financing and Corporate Social Responsibility (CSR) Department of the Bank.

He joined Bank Asia Limited in 2015 as Senior Executive Vice President and was looking after the Corporate and Large Loan Division of the Bank. Later, he was promoted to the post of Deputy Managing Director of the Bank in 2020.

Mr. Shafiuzzaman started his career in 1994 as an Executive in the erstwhile United Leasing Company Limited (now United Finance Limited). Prior to joining Bank Asia, he was working for ONE Bank Limited and worked there for about 14 years.

Mr. Shafiuzzaman, to his credit, has around 28 years of experience with Local and Multinational Banks & Financial Institutions out of which 13 years as Branch Manager in various Corporate Branches of Dhaka City.  During his career he also worked in different Divisions of Head Office which include Corporate Asset Marketing, Credit and Credit Administration in various capacities.

Mr. Shafiuzzaman is an MBA from the Institute of Business Administration, University of Dhaka.